It was a busy year for Coachford and a year that saw thousands of new visitors to the river, thousands of Euros raised for charities and thousands of reasons why Coachford is a village for the future, the past and the present.

There were many highlights for the area in 2017. The World Youth Angling Championships coming to the River Lee and the Greenway last August was just one of them. This was the second time in three years that the world descended on Coachford and once again the Community came out in their droves to welcome the teams from Europe and beyond. Many of the locals helped out with stewarding, entertaining and catering for the huge crowds. There are rumours  that another World Fishing Championship is earmarked for the river in the coming years. 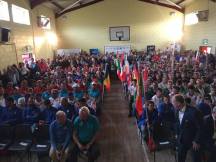 Staying on the river, the National Rowing Centre was busier than ever in 2017 with the fabulous World Champion rowers continuing to train on the reservoir. The Rowing Centre will play host to a major international competition in 2018 when the European Junior Rowing Championships will take place there in July.

Storm Ophelia brought destruction and disruption to Coachford as it did to many other areas. Large parts of the community were without electricity and water for days but what surfaced was a great community spirit. Neighbours and friends rallied around to clean up fallen trees, offer help of water and cooking facilities to those who had none. Farmers shared generators so cows could be milked. Local businesses like O’ Donovan Engineering and Griffins Garden Centre put their generated powered facilities at the disposal of their neighbourhoods. Lynch’s Hardware kept their lights on at night so people in the village weren’t left in complete darkness. It was heartening to see how so many people came to help each other. We live in a wonderful community. 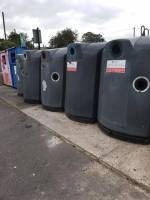 2017 began with Rooves Bridge closing for some minor repairs however the bridge itself remains in an appalling condition and everyone hopes that the council will address the terrible and unsafe surface on this very busy river Lee crossing. The council also began repairs to the footpaths around the village and this was very welcome. The Community are hoping that this work will be completed in early 2017 and the forgotten village may feature in the minds of our Councillors a bit more in 2018. The recycling bins continue to be a major source of littering and the Coachford Tidy Towns were kept busy all year making sure that the rubbish that was left there was cleaned up. Irish Water is to begin work on the new Sewage Scheme in 2018.

The Greenway was the real success story of 2017. The investment by Cork County Council and the ESB enabled major refurbishment and repair works to be carried out.  The people involved in the Inniscarra Lake Tourism Development (ILTD) have done unbelievable work in making this amenity such a huge success.  The riverside walk is continuing to grow in popularity and is used by hundreds of people every week. Walkers and runners used it to exercise and there are many who enjoy it for its solitude and nature. The Greenway was built to attract anglers to the river and it now caters for hundreds of overseas visitors to the Lee Valley area every year to fish. The work of the ILTD was honoured recently when they were awarded the Sporting award at the Ambassador of Cork awards for bringing and hosting the World Junior Championships to the lake. 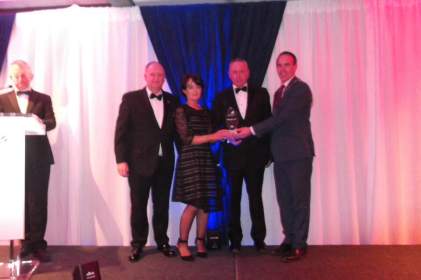 Another success story of 2017 was the Coachford Family Festival. The annual event was moved from the traditional date from August to July and it worked a treat for the organisers. The Festival was held this year in glorious sunshine, the extended five day event provided loads of family fun and festivities. The highlights were the Children’s Fancy Dress Parade and Disco, Festival Bingo, The Slow Bicycle race, Road Race, the climbing wall,Tractor Building, Fittest Family,  the celebration of the 100th Anniversary of Ford in Ireland,the Wife Carrying race, Road Bowling and the wonderful Lip Sync Competition which was won by Peter Dineen who lip Synced  Adele’s hit  ‘Hello’ perfectly and was without doubt the runaway winner. This was the 8th festival and over the years Broomhill Vintage Club have raised almost €90,000 for charity and local causes. The 2017 Festival raised over €15,000 for charities.

2017 also saw the long awaited sale of Breathnach’s Bar in the heart of the village and hopes are that it will reopen for business in early 2018. O’ Donovan Engineering and Griffins Garden Centre picked up major awards in 2017. O’ Donovan’s Engineering, now one of the area’s major employers were crowned Cork Agribusiness of the year  while Margaret Griffin picked up a Cork County Council Community Award. These two businesses continue to be embedded in the community and offer so much more than employment.  2018 looks like the year that the sewage and new water scheme will be started. This development could spark a new era for the village and the long dormant housing estates might finally get completed.The Community College continues to thrive and plans are well advanced for the new extension to the complex. 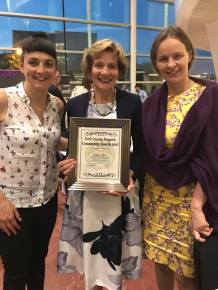 Coachford Foróige continued to go from strength to strength.  It was a tremendous year for this very young club. Éabha Donovan and Abbie Healy represented the club at the National Talent finals and came away as champions . They were brilliant. Club member Lizzie Harrison got all the way to the All Ireland Finals in the Aldi Foróige baking competition, winning the District, County and Munster competitions on her way. The club were also nominated for a Citizenship award for their work in raising awareness for homeless people through their sponsored Sleep Out  and although they didn’t win at the National Awards they had a great day at the finals.The club members also took part  in various district discos and sport and quiz competitions. 2018 promises to be another hectic but enjoyable one for all involved.

Coachford College continues to grow and continues to enjoy success in the classroom and outside of it. The college was full of activities all year long and once again turned out some tremendous results in the Junior and Leaving Certificate exams.The college had a record year for enrollments with 137 new students starting in September and even more planned for next year. This growth  has meant that the Board of Management along with the teaching staff and the Cork ETB are now seeking approval for a major extension to the College.  The College opened a new restaurant for pupils in 2017 . The TY class headed to Berlin for their tour, the college held a very successful  Strictly Come Dancing style charity fundraiser and there was success on the football pitch and the athletics track. The Debs and Grads ball was held again in the Vienna Woods Hotel and many gathered in Coachford in all their finery prior to heading off.   2017 saw the retirement of the college’s excellent Principal, Mr. Pat O’Connor who held the post for 33 years. Pat was responsible for  transitioning the college from a a small VEC technical school to what it is now, a major educational facility and one of the most successful ones in the county.  The School is set to continue to prosper under its new Principal, Ms. Áine Ní Fhaoláin who took up the post in September. 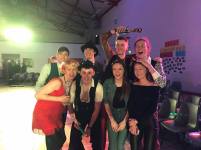 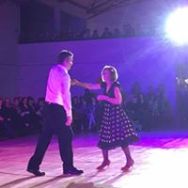 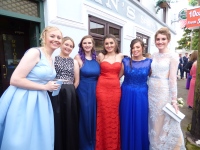 The village and surrounding areas came out in support of Ava Barry in March and demonstrations were held in Aghabullogue, Coachford, Rylane and Dripsey.It was great to see how communities came out to support one of their own. It was disappointing to witness the slow progress of this fight by Ava’s parents Vera & Paul for a  medicinal cannabis licence for Ava. Thankfully after a long fight and being forced to live in Holland for months the licence was eventually granted. We hope for a better 2018 for Ava and all her family.

The Coachford Community Association (CCA) launched their 50/50 raffle and it has proved to be a major success netting the CCA around €200 a month. They also hosted a Scarecrow competition to coincide with Halloween and a 5Km run on St. Stephens Day.The Association along with the Coachford Tidy Towns has once again made the village look very festive this year with the installation of the Christmas Lights. They were also very busy with landscaping projects and helping out with the World Fishing Championships in August. The CCA have a number of projects planed for 2018 and will continue to work with the Cork County Council to improve the village and its environs. 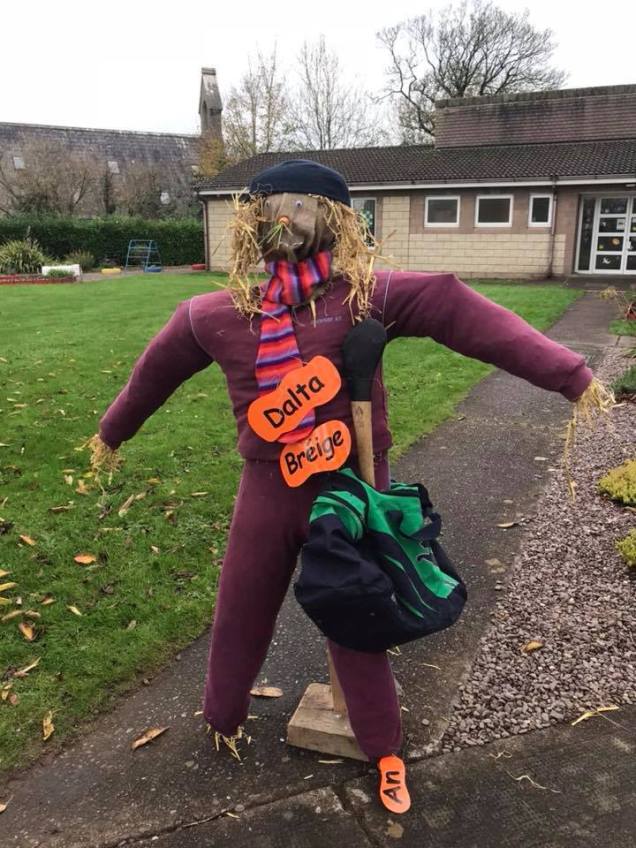 Coachford News Website continued to attract visitors in 2017 with over 11,000 people visiting the community website . The site recorded 149,000 views, the most since it first went live 5 years ago. The most popular page was the Coachford College Debs and Grads photographs in August.

Coachford Players began 2017 by performed  a daring play in the All Ireland One Act festival Circuit in March but unfortunately failed to advance to the finals. Th group performed two  One Act plays in Coachford GAA Hall in April. They finished the year with a very successful  musical which brought the Wizard of Oz to Coachford and introduced many new people to the group. 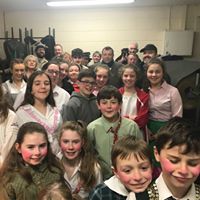 Broomhill Vintage club had an extremely busy 2017. The Ladies and men’s Tractor Building teams have been all over Cork and Munster doing building demonstrations for charity. The lads and lassies  took part in the Macroom St. Patrick’s Day Parade for the very first time. The annual vintage car and tractor run in April was another great success and  the Honda 50 Run saw a huge entry this year.The club organised another brilliant Family Festival. One of this year’s highlights was the building of the Ferguson Tractor inside O’Riordan’s Bar to raise funds for the Rickie Healy appeal.

As in most years Sport had its ups and downs . The Coachford Cycling Club held a very successful Classic in May. The Coachford U15s Soccer team won their League title .Stephanie Cotter continues to light up Athletics with her brilliant performances at home and abroad winning College and National Championships. Stephanie was also the recipient of a Cork City Spots award in May. In GAA the year started with Aghabullogue Junior hurlers celebrating the 25th anniversary of their 1991 county win but unfortunately that was as close as any adult team got to a hurling trophy this year. The footballers fared a little better picking up the Division 3 intermediate league title. . It was a better year for the underage teams and in particular the football teams with the Under 16s winning the County A title and the East Region League trophy. The Under 12s  won the double, capturing both the Football and hurling titles and the Under 14s and U16 hurling side capturing their East Region titles. The U16 footballers have yet to play the 2017 County League title and this is provisionally fixed for early in January.  The Camogie club had a great year bringing home three trophies. Looking ahead to 2018 there is great excitement about the new Astro Turf being opened in Coachford. This is a fantastic development and hopefully should mean that the GAA and Soccer club teams will no longer have to travel to other venues to train.